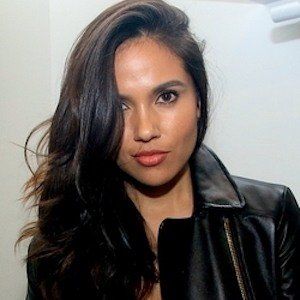 Film and television actress who made her big screen debut in the 2016 film Until the Day I Die: Part 1. She has also had small roles on a number of television series including Fortune Teller and The Beautiful Struggle.

An actor even as a child, she made her screen debut appearing on a television series for PBS. She later went on to earn a degree in communication studies from California State University, Long Beach.

A model and activist, she is the face of Hope for Humanity, a t-shirt company dedicated to spreading positivity through fashion.

Her mother, Veronica Escamilla, is native to El Salvador and her father, Gustavo Sanchez, hails from Mexico.

In December 2015, she performed in a parody skit of Orange is the New Black, a show starring Taylor Schilling.

Angie Sanchez Is A Member Of