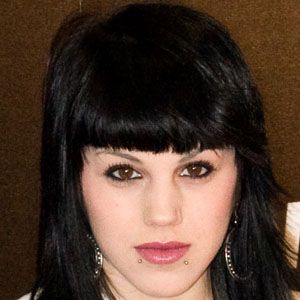 Spanish singer known for albums like 2008's Angy and 2013's Drama Queen. As an actress, she played Paula Blasco Prieto on the series Física o Química from 2008 to 2011.

She was born in Palma and studied piano at Josep Maria Llompart High School.

She won the first edition of the imitation contest Tu Cara Me Suena.

She co-starred with actor Adam Jezierski on Física o Química.

Angy Fernández Is A Member Of