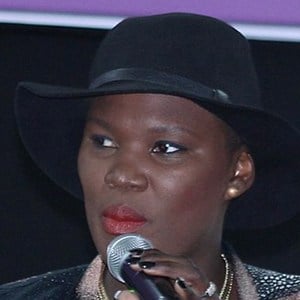 TV show host who has hosted The One Show on Viasat 1 and +233 Discovery. She was named Radio Female Presenter of the Year on Radio and TV Personality in 2017.

Her first hosting appearance was on TV3's Mentor in 2006.

She won the City People Entertainment Award for TV Hostess of the Year in 2015. She has over 190,000 followers on her theanitaerskine Instagram account.

Her parents are Lieutenant General Emmanuel Erskine and Rose Erskine.

She and Kobi Rana have both been nominated for a City People Entertainment Award.

Anita Erskine Is A Member Of