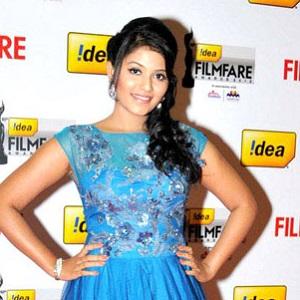 She found success as a model before starting her acting career in 2007.

She won a 2008 Best Female Debut Filmfare Award for the film Kattradhu Thamizh.

She grew up with two brothers in Chennai, Tamil Nadu.

She had a supporting role opposite Ajith Kumar in the 2011 thriller Mankatha.

Anjali Is A Member Of