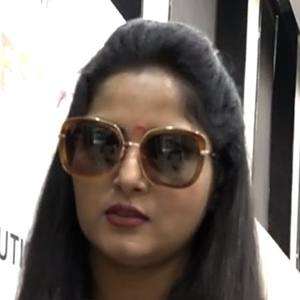 Indian actress who mainly performs in film projects in the Bhojpuri language as well as in television serials. Her on-screen fame has led to her acquiring a significant number of social media followers, including more than 1.3 million just on Instagram.

She was once named the viewers' choice Best Actress at the International Bhojpuri Film Awards.

Her success as a film actress in India is similar to that of Tabassum and Simi Garewal.

Anjana Singh Is A Member Of