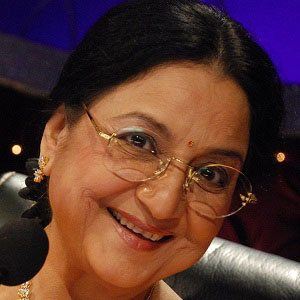 Born Kiran Bala Sachdev and better known by her stage names "Tabassum" and "Baby Tabassum," this Indian actress is famous for her childhood roles in such 1940s and '50s features as Bahar; Nargis; and Deedar. As an adult, she remained in the public eye as the host of the popular talk show Phool Kile Hain Gulshan Gulshan.

She appeared in her debut film, Mera Suhaag, when she was just three years old.

In the mid-1980s, she wrote, produced, and directed a feature film titled Tum Par Hum Qurban.

The daughter of Indian freedom fighters Ayodhyanath Sachdev and Asghari Begum, she grew up in Mumbai. Her marriage to Vijay Govil (the sibling of actor Arun Govil) resulted in an actor son named Hoshang Govil.

She and fellow Indian actress Nazriya Nazim both rose to fame during their childhood years.

Tabassum Is A Member Of