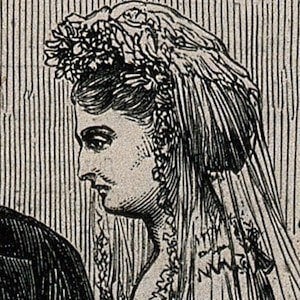 Canadian woman who became famous in her time due to her great height, standing at an estimated 7'5". She was a sensation as a touring circus attraction and spent the late portion of her life as a farm wife and Baptist Sunday school teacher.

She was 7 feet tall by her 15th birthday. She was considered an excellent singer, pianist and actress while in school.

In January 1879, she gave birth to a baby boy who weighted 23 pounds 12 ounces and was nearly 34 inches tall, making him the largest baby in recorded history until 1955. The child survived just 11 hours after his birth, however.

She married fellow circus performer Martin Van Buren Bates, who was known as 'The Kentucky Giant.'

She and American Sandy Allen are both known for their incredible height.

Anna Haining Bates Is A Member Of