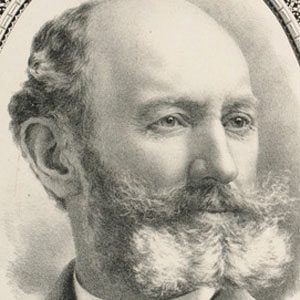 Known as the eponymous Bailey of the Ringling Bros. and Barnum and Bailey Circus who held the position of a circus ringmaster.

He first met with P.T. Barnum in 1881 and had a large part in obtaining Jumbo the Elephant as part of their newly formed circus duo.

He was born with the name James Anthony McGuiness but changed it to Bailey after being discovered by Frederic Augusta Bailey. He was orphaned previously at the age of eight.

He married Ruth Louisa McCaddon in 1868.

He was most famous for his collaboration with P.T. Barnum.

James Anthony Bailey Is A Member Of