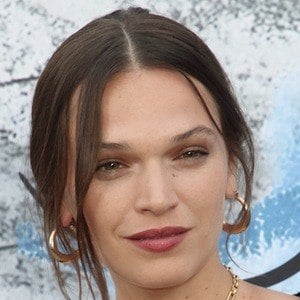 Actress and model with a role in the Star Wars universe as Bazine Netal, a First Order spy, in Star Wars: The Force Awakens. Other film credits of hers include Mrs Henderson Presents, The Reeds and How to Lose Friends & Alienate People. On TV, she starred in Nearly Famous and Material Girl.

She landed a title role of Anita in Anita & Me when she was just 15 or 16 years old.

As a model, she has done editorial shoots for Glamour, Italian, Japanese and Russian Vogue and more. She was the face of Links and London for a season.

She was born in Moseley, Birmingham, England.

She starred alongside George Blagden in the BBC series Versailles.

Anna Brewster Is A Member Of