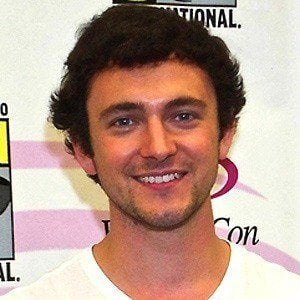 Actor whose major credits include the 2012 film version of Les Miserables and a starring role in the TV series Vikings. His role in the former garnered him a Satellite Award for Best Cast.

He began his performing arts career at age thirteen as a rock band and choral singer. During his teenage years, he trained at the Oundle School on a theater scholarship before entering the Acting program at London's Guildhall School of Music and Drama.

His special skills for stage and film include acrobatics, archery, and proficiency in piano, flute, and guitar.

He spent his early years performing in Art, Honk!, Into the Woods, and other stage productions at Oundle's Stahl Theatre. He began a relationship with actress Elinor Crawley.

He joined the National Youth Theatre as a young man and was one of only four students to perform for Sir Ian McKellen during an exclusive master class.

George Blagden Is A Member Of