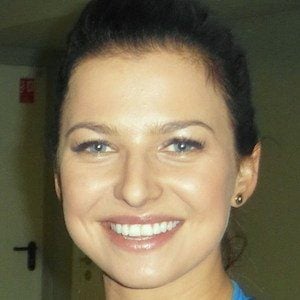 Fitness entrepreneur and martial artist first known as a championship karate competitor. She then went on to launch her own nutrition business called Health Plan by Ann.

She graduated from the Warsaw Academy of Physical Education.

In addition to her nutrition business Health Plan by Ann, she has a self-titled fitness YouTube channel.

She married Polish striker Robert Lewandowski in 2013 and they have daughters named Klara and Laura. Her father, Bogdan Stachurski, is a cinematographer and her mother, Maria, is a set designer.

She is the wife of a well known Polish soccer player, much like Anna Peszko.

Anna Lewandowska Is A Member Of