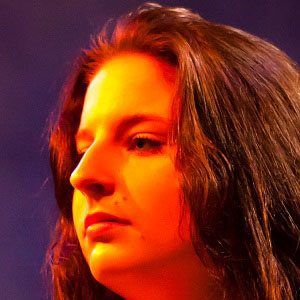 Musician, audio engineer, as well as hurdy gurdy and flute player who sings in the folk metal band Eluveitie.

She became a member of Eluveitie when she was 16 years old as just their hurdy-gurdy player.

She and fellow Eluveitie member Meri Tadic formed godnr.universe! in 2010. She would also join the folk group Fräkmündt that year.

Her father Andrew is Irish and her mother is Swiss. They both worked as professional opera singers.

Anna Murphy Is A Member Of