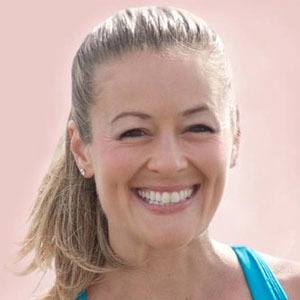 Fitness instructor known for her time as the host of the online publication POPSUGAR's fitness channel. She is the creator of the Sexy Confident Woman Formula, which is a 3-phase program meant to enable women to become physically active.

She obtained her Bachelor's and Master's Degrees in Clinical Exercise Physiology from Northeastern University. She additionally earned her personal trainer certification through the American Council on Exercise (ACE).

She is the co-founder and CEO of KFIT Health, a program meant to enable children to become physically active. Since 2005, she has appeared in various training DVDs as talent, including for Gatorade, Under Armour, and TRX Fitness.

She and her husband Vito have a son named Lucca.

In 2013, she toured in the Armed Forces Entertainment Tour with Tony Horton.

Anna Renderer Is A Member Of