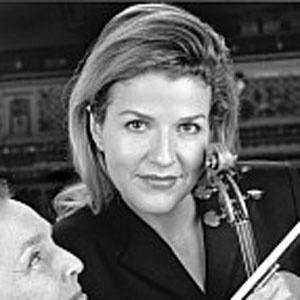 Violinist who played with the Berlin Philharmonic at the age of thirteen and who went on to become a decorated violist, gaining notoriety for her contemporary music.

She started playing piano at an early age, but switched her primary focus to violin and was exempted from school to hone her craft.

She prefers not to use a shoulder rest during her performances.

Her first husband, Detlef Wunderlich, passed away in 1995 from cancer, leaving her with their two children Arabella and Richard; she married André Previn a few years after the death of her first husband, but the two are now separated.

Though they are divorced, she still collaborates with her ex-husband Andre Previn.

Anne-Sophie Mutter Is A Member Of