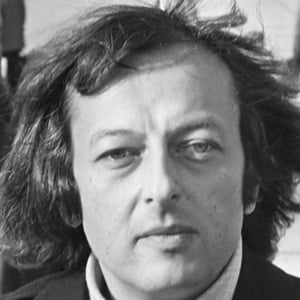 Award-winning musician who scored many films and became known as one of the world's most versatile musical artists. He won Academy Awards for his work on the scores of "Gigi" from 1958, "Porgy and Bess" from 1959, "Irma la Douce" from 1963, and "My Fair Lady" from 1964.

He and Richard M. Sherman, who would go on to great fame as one half of the Sherman Brothers, played a duet at his 1946 graduation from Beverly Hills High School.

He won a total of four Academy Awards and ten Grammy Awards, including a Lifetime Achievement award.

He immigrated to the United States with his family in order to flee Nazi Germany. His great-uncle was Charles Previn, music director of Universal Studios. His first wife was jazz singer Betty Bennett, his second was singer/songwriter Dory Langan, his third was actress Mia Farrow, his fourth was Heather Sneddon, and his fifth was violinist Anne-Sophie Mutter.

His 1974 appearance on "Omnibus" with Oscar Peterson was called one of the greatest hours of television by Marlon Brando.

Andre Previn Is A Member Of