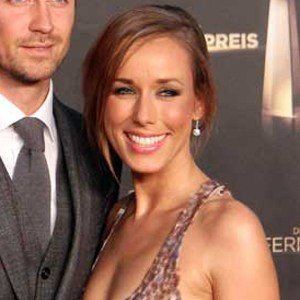 German television host and former musician who originally came to prominence in the early 2000's as a member of the pop trio Bellini. She later became the host of the tabloid shows Taff and Red.

She danced ballet and played piano growing up. She spent one year of high school in Phoenix, Arizona.

She anchored ProSieben's coverage of the 2007 Academy Awards in Los Angeles, California.

She married actor Wayne Carpendale in 2013.

Annemarie Carpendale Is A Member Of