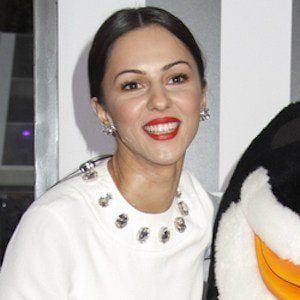 Television actress best known for her role as former KGB agent Nina Sergeevna Krilova on FX's The Americans. She has had a recurring role in Fox's The Following and NBC's The Blacklist.

In high school she competed in cheerleading and kick line teams. She later studied English at St. John's University. She was enrolled in graduate school at New York University when she decided to move to Los Angeles. She began by taking improv courses at the renowned Groundlings school.

She was interviewed by Maxim in 2015. She said that Nina was not supposed to be such a big character in The Americans, but that they kept her on because they liked her and the job she did with the role. She speaks German, Russian, and English fluently and can also speak a little bit of French, Persian, and Hindi.

She was born in Kabul, Afghanistan to a Hindu-Indian father, Ghanshan "Ken" Mahendru, and a Russian mother, Olga. Her parents separated when she was 13 years old and she moved to East Meadow, New York, with her father.

She stars alongside Matthew Rhys and Keri Russell in FX's The Americans.

Annet Mahendru Is A Member Of