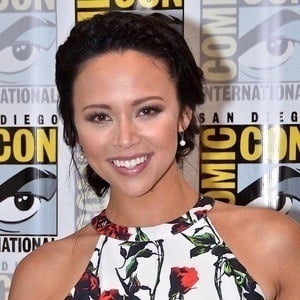 Canadian singer and actress who won season three of Canadian Idol. She also starred in the science fiction TV series Dark Matter as Portia Lin and ABC's The Rookie as Lucy Chen.

She auditioned for Canadian Idol in 2005 and released her self-titled debut album later that year.

She was the first woman to win Canadian Idol.

Her parents are Tim O'Neil and Alison Yeung. Her Chinese name is Oh Seemun, which was given to her by her maternal grandfather.

She was succeeded as Canadian Idol by Eva Avila, who won the fourth season of the show.

Melissa O'Neil Is A Member Of