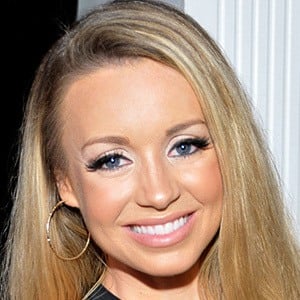 IFBB Bikini Pro model and fitness expert who's a three-time NPC Bikini Champion. She's also well-versed in health and nutrition and has appeared on various website and blogs speaking on related topics.

She worked in pharmaceutical sales after she graduated college, but found she had no passion for it and left the field to pursue other interests.

She obtained a Masters Degree in Nutrition from the University of Bridgeport in Connecticut and has been a practicing nutritionist ever since.

According to her mother, she's been interested in fitness since she was three years old when all she insisted on receiving a Barbie workout video that came with leggings and dumbbells.

She is friends with fellow fitness guru Mona Muresan and the two appeared together on the red carpet celebrating mutual friend Mike O'Hearn's Amare Magazine cover.

Annie Parker Is A Member Of