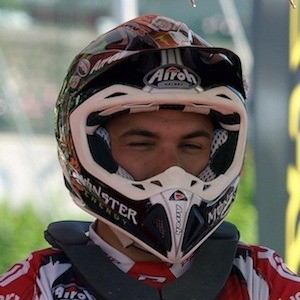 Enduro rider who won the World Enduro Championship title four straight years from 2010 to 2013. He previously won the International Six Days Enduro World Trophy with the French national team in 2008 and 2009.

He started as a motocross and supercross rider, winning 125cc and 250cc titles in the early 2000s.

He has ridden for teams like KTM, Husqvarna and Kawasaki.

Antoine Meo Is A Member Of