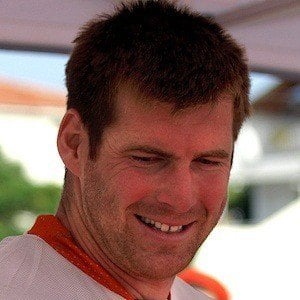 Four-time World Champion and four-time American AMA champion motorcyclist who rode for Team Yamaha, KTM and BMW in Enduro events between 1998 and 2011.

He debuted in the World Enduro Championship in 2001 after competing in the Enduro FIM Junior Cup between 1998 and 2000.

In June of 2011, he received an Order of the British Empire.

He has two children named Finley and Blae.

He and Kailub Russell have both won Grand National Cross Country events.

David Knight Is A Member Of