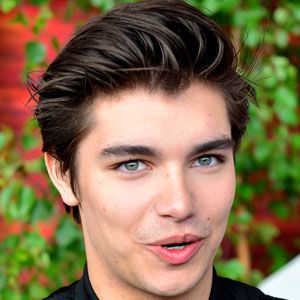 Swedish singer and dancer best known for his numerous appearances on Melodifestivalen. He has represented his country in the Eurovision Song Contest.

He was a dancer in Eurovision 2012, and for 2013 decided to try out singing, with his debut single 'Begging.'

He came in third at the semi-final round of Melodifestivalen, and earned a spot on the 'second chance' round, making it from there to the national finals.

He got married to his longtime girlfriend Victoria in 2017.

Before him, Elena Paparizou was Sweden's Eurovision singer.

Anton Ewald Is A Member Of