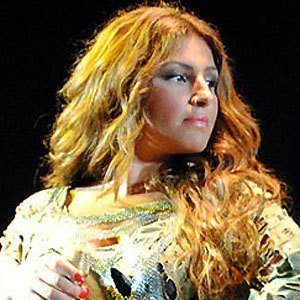 Singer known for being a member of the popular European pop group Antique who went on to record multiple smash hits of her own. She won Eurovision 2005 with her song "My Number One."

She and her friend formed the duo Antique and rose to fame after coming in third with their song "(I Would) Die for You" at Eurovision 2001.

Her debut album Protereotita went from modest sales to double-platinum in Greece after Eurovision.

She got married in secret to Andreas Kapsalis in 2015. She has two siblings.

Helena Paparizou Is A Member Of