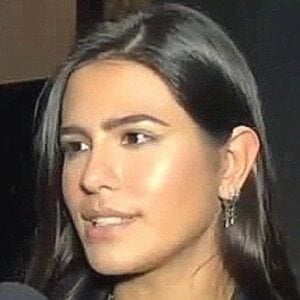 Actress and musician best known for her role as Isadora Novaes in the television series Guerra dos Sexos and Alice in the 2015 film Linda de Morrer.

As a child she gained an interest in music and began writing her own when she was nine years old.

She was born to veteran actress Glória Pires and composer Orlando Morais. Her older half-sister through her mother's previous relationship is fellow actress Cléo Pires. She also has a younger sister named Ana and a younger brother named Bento.

She appeared in the 2006 film Se Eu Fosse Você alongside Tony Ramos.

Antonia Morais Is A Member Of