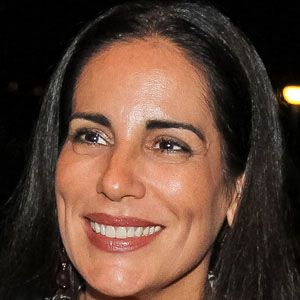 Mostly noted as an actress of telenovelas including roles in Mulheres de Areia and O Rei do Gado, she has also appeared on the silver screen in the Academy Award nominated film O Quatrilho and other pictures as well.

She first appeared on television as a child in the telenovela A Pequena Orfa in the 1970s.

She had roles in the hit film Se Eu Fosse Voce and its sequel as well as Lula, o filho do Brasil.

Her daughter is actress Antonia Morais.

Glória Pires Is A Member Of