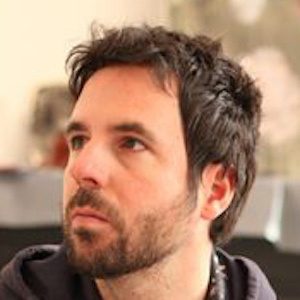 Contemporary artist and painter known for his mix of political imagery fused with expressionism. His work has been labelled 'critical pop' as it explores the negatives of consumerism and branding. He first garnered national attention when he won second place in the BP Portrait Award in 2000.

He has a bachelor of fine arts from the University of Plymouth. He was trained under renowned landscape artist John Virtue.

In 2016 he moved away from critiquing society and began exploring the human condition with a series of self-portraits titled Raw Intent.

He is the youngest son of five children. His parents are Maltese immigrants - his father worked as a sheet metal worker and his mother was a cleaner. His parents recognized his talent at an early age and built him a studio at the bottom of their garden.

In 2017 his work was selected by Penguin Books for the cover of Albert Camus's book The Outsider.

Antony Micallef Is A Member Of