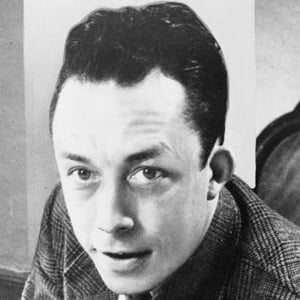 A French Nobel Prize-winning author, journalist, and philosopher, he wrote The Stranger, The Plague, The Fall, and other philosophical novels. His work is known for its association with both existentialism and absurdism.

He worked as a private tutor before becoming a novelist. He studied at the University of Algiers and became a member of the French Communist Party in 1935.

He received the Nobel Prize in Literature in 1957 for his anti-capital punishment-themed essay, Reflections on the Guillotine.

He was born in French Algeria to a mother of Spanish descent. He later married Francine Faure, with whom he had twin children: Catherine and Jean.

Albert Camus Is A Member Of