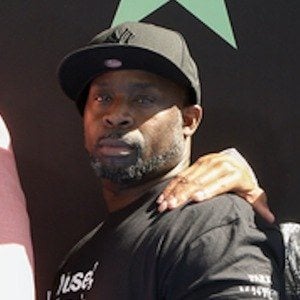 Activist and pop culture figure who was wrongfully convicted and imprisoned for the rape and assault of Trisha Meili in 1989. The 2019 Netflix series When They See Us was based on these events.

He was only 15 years of age at the time of being accused as one of the Central Park Five.

In 2017, he received an honorary diploma from the Bronx Preparatory High School. After being accused, he was sentenced to 5-10 years in prison and wound up serving 6 years behind bars at a youth correctional facility.

The Central Park Five case led to him becoming estranged with his parents. He is married, and has six children.

His story was told by writer and director Ava DuVernay's When They See Us.

Antron McCray Is A Member Of