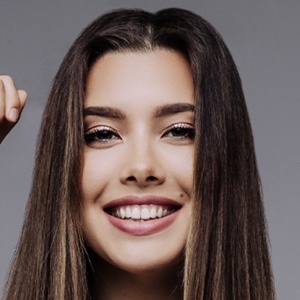 Russian recording artist who skyrocketed to fame after creating her @anet_sai TikTok account. Her music, comedy and special effects-infused footage has led to her acquiring an impressive 7 million fans.

She has been based in Moscow, Russia.

Alexandr T. is another popular TikTok personality from Russia.

Anya Saydalieva Is A Member Of