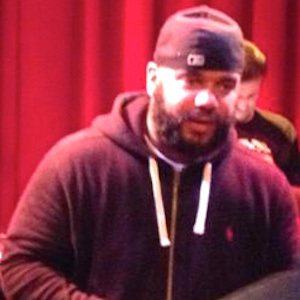 Hip hop musician and music producer, he is a resident producer at Mello Music Group. He has charted on Billboard's R&B album list and toured with other artists.

He grew up in a bi-racial family in Michigan. When he first heard the 1991 Main Source album Breaking Atoms, he knew he had to get into music production. He moved to Detroit in 2003 to pursue that dream.

His first solo album Skilled Trade was an instrumental album released in 2010. For his 2015 album Grandeur he embarked on a solo promotional tour all around the world.

He has lived in Detroit with his wife and two children.

He works with rapper Ghostface Killah at Mello Music Group and has collaborated and toured with him on occasion.

Apollo Brown Is A Member Of