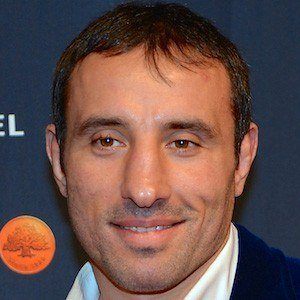 Armenian-Swedish Greco-Roman wrestler who won a silver medal at the 2004 Athens Olympics and was disqualified at the 2008 Beijing Olympics.

He began his wrestling career at the age of eight in Soviet Armenia.

He won the bronze at the 2008 Olympics but refused the medal saying that the judges cost him the gold.

He is the son of Olga and Anania Abrahamian.

His first Olympic competition was in 2004, when swimmer Michael Phelps set a flurry of world records.

Ara Abrahamian Is A Member Of