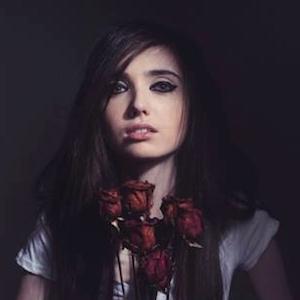 New York City-based actress and model who is well known for her YouTube video blogging on her self-titled channel that she created on June 17, 2011. She has accumulated over 2.1 million subscribers. In one of her most popular videos, "My mom Turns me Preppy" her mother gives her a makeover. The video was released in February 2018 and has received over 23 million views.

She studied acting in New York City and was the 2012 winner of The New Face of Big Drop NYC national contest. She gained her YouTube audience as a regular on YouNow, a live broadcasting site.

She gained notoriety for a twerking video that was shown on WorldstarHipHop. She also posted a video entitled "I'm Back" in July 2019 explaining her long break from social media.

She grew up in Connecticut with her parents and younger brother Chip.

She and Wade Benton collaborated on a video in March 2015 titled "TRUTH OR DARE! With WadeThePanda!"

Eugenia Cooney Is A Member Of