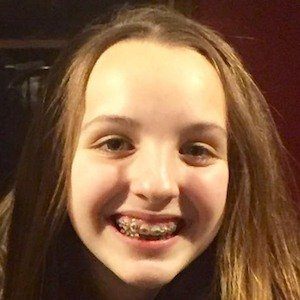 Competitive gymnast who became a sensation on the app musical.ly where she is frequently seen doing flips and other gymnastics moves. She is known on musical.ly as apowers2.

In addition to gymnastics, she is a self-taught dancer and actress.

She has earned more than 170,000 fans on TikTok, and was given the verification crown by TikTok in January of 2017.

She grew up with a dog named Chance.

She had the opportunity to meet Olympian Aly Raisman.

Ara Powers Is A Member Of