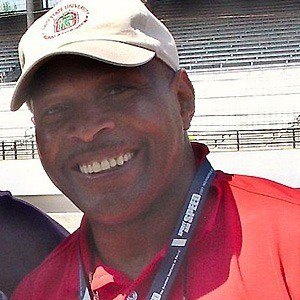 Prolific college running back for Ohio State who became the first player in history to win two Heisman Trophies.

He scored 29 touchdowns and ran for over 1,700 yards in his senior year of high school.

He was inducted into the College Football Hall of Fame in 1986, and he was the first player to start in four Rose Bowl games.

He raised three sons with his wife Bonita.

He was teammates with Cris Collinsworth on the Cincinnati Bengals in 1982.

Archie Griffin Is A Member Of