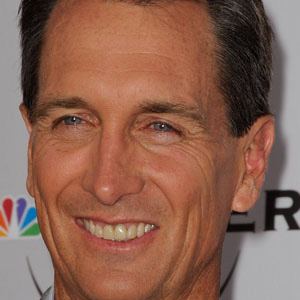 Wide receiver who spent his entire 8-year NFL career with the Cincinnati Bengals, catching 417 passes for 6,698 yards and 36 touchdowns. After retirement he became a popular TV football analyst and color commentator.

He completed a 99 yard pass while playing quarterback during his first year at Florida.

He has four children with Holly Collinsworth, whom he married in 1989. His son Austin played football at the University of Notre Dame.

He and Chad Johnson both starred as wide receivers for the Bengals.

Cris Collinsworth Is A Member Of