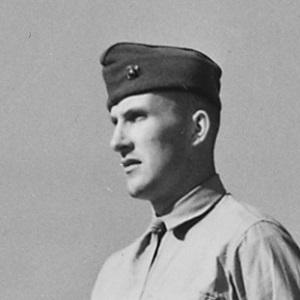 Former Notre Dame quarterback who won the Heisman Trophy in 1943 and played professionally for the Los Angeles Dons and Chicago Rockets.

He played baseball, football, and hockey at Cathedral High School in Massachusetts.

He was the first overall pick in the 1944 NFL draft.

He had four children.

Angelo Bertelli Is A Member Of