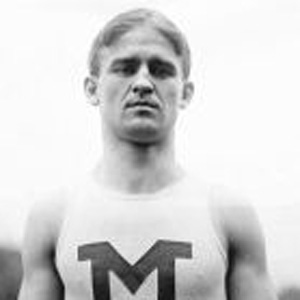 German-American track and field athlete who was one of the best sprinters in the early 20th century.

He ran competitively for the University of Michigan in college.

He won three gold medals at the 1904 Olympics.

He was the son of Archie and Gertrude Hahn.

He is a member of the University of Michigan Athletic Hall of Honor along with former President Gerald R. Ford.

Archie Hahn Is A Member Of