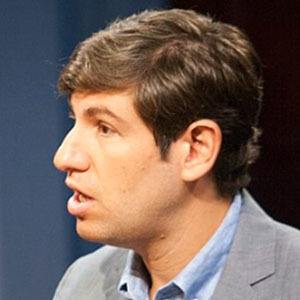 Political author who has gained fame for his 2015 book Give Us the Ballot: The Modern Struggle for Voting Rights in America, which was named a Washington Post and New York Times notable book. He has contributed to CNN, The New York Times, and Rolling Stone.

He discovered his interest in journalism and politics while in high school after beginning his own newspaper. He graduated from Northwestern University in 2004.

He has written for The Nation as a political analyst. His debut 2010 book Herding Donkeys: The Fight to Rebuild the Democratic Party and Reshape American Politics earned critical acclaim.

His mother's name is Harriet.

He and Amy Goodman have appeared together on the Democracy Now! program.

Ari Berman Is A Member Of