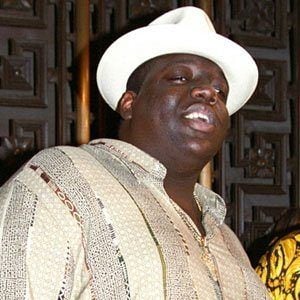 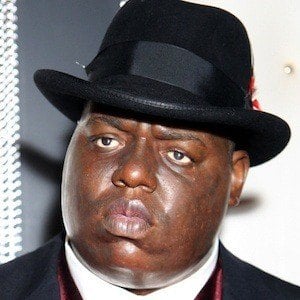 Also known as Biggie Smalls, he is considered to be one of the greatest rappers of all time. He first rose to fame with the release of his debut album Ready to Die in 1994, which made him an East Coast hip-hop icon and won him a Billboard Music Award for Rap Artist of the Year in 1995.

He began selling drugs at age twelve, and dropped out of school for a life of crime. He was later arrested for selling crack cocaine and for unlawful possession of weapons.

He was gunned down in L.A. in 1997, and despite much publicity and controversy, his murder became a cold case. His album Life After Death, released posthumously on March 25, 1997, was nominated for a Grammy Award for Best Rap Album.

He had two children, T'yanna and Christopher, and he was married to Faith Evans from 1994 to 1997.

He and the great Tupac Shakur were two of the most influential rappers of the '90's, representing the East Coast and West Coast hip-hop movements, respectively.

Notorious B.I.G. Is A Member Of