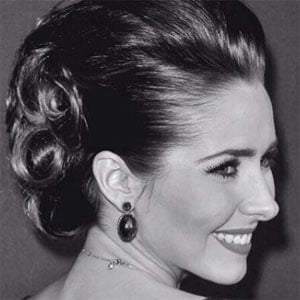 Known for her leading and supporting roles in such telenovelas as La Mujer Del Vendaval and Mañana Es Para Siempre, she also appeared in Perfume de Gardenia and other musical theater pieces.

Early in her career, she appeared in a 2006 episode of the Televisa series RBD: La Familia.

A model as well as an actress, she was a finalist in the 2003 Nuestra Belleza Jalisco pageant.

She was born and raised in the Mexican resort town of Puerto Vallarta, Jalisco. She began dating actor Marcus Ornelas. She and Marcus have a son together named Diego.

She was featured in the 2012 music video for the Prince Royce song "Incondicional."

Ariadne Díaz Is A Member Of