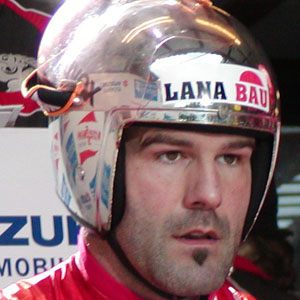 Italian luger who won two Olympic gold medals, one in 2002 in Salt Lake City and one in 2006 in Turin.

He won the junior World Cup when he was 14.

His nickname is "The Cannibal" for his aggressive attitude in competition.

His father was a recreational luger who got Armin into the sport.

Armin Zoggeler Is A Member Of