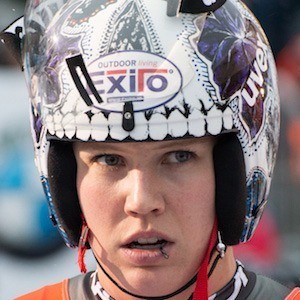 Luger who made her Olympic debut at the 2006 Winter Games in Turin.

She began competing when she was 15-years old.

At the 2013 World Championships she won a bronze medal in the singles event, and a silver medal in the mixed team event.

She was born in Calgary, Alberta, Canada.

She was one of Canada's many representatives at the 2014 Olympics in Sochi, alongside stars such as Dara Howell.

Alex Gough Is A Member Of