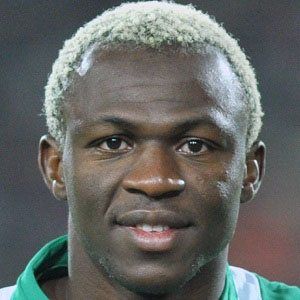 Striker known for his dribbling and through balls; played for Sevilla from 2007 to 2012, then spent a season with Wigan Athletic before joining Everton in 2013.

He played his youth soccer for Rio Sport and was promoted to the senior club in 2001.

He debuted for the Ivory Coast national team in 2004.

He became teammates with his older brother Bakari Kone on the Ivory Coast national team.

He joined center back Phil Jagielka on Everton in 2013.

Arouna Kone Is A Member Of