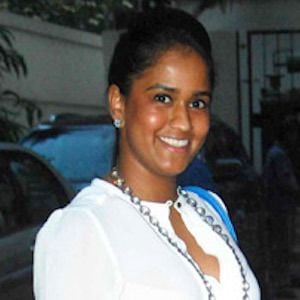 Social media superstar who rocketed to fame as the younger sister of Bollywood actors Arbaaz, Salman, and Sohail Khan. Her Instagram account has become a beacon for fans of the Khan family, earning her a following of more than 1.3 million dedicated fans.

She received her formal secondary education at the London College of Fashion.

She often posts birthday celebration pictures for her family members on Instagram.

She and her husband Ayush Sharma welcomed their first child, a son named Ahil, on March 31, 2016.

Her father, Salim Khan, is a well known Indian screenwriter recognized for films like Deewaar and Zanjeer.

Arpita Khan Sharma Is A Member Of