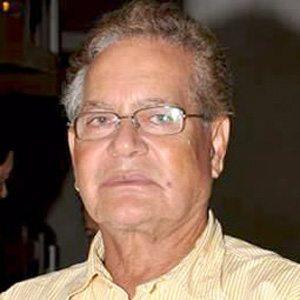 He began his acting career in the 1960 film Police Detective after being discovered by a director at a wedding.

He has won three Filmfare Awards for Best Screenplay in his career.

He married his second wife, Helen Khan, in 1981. He has five children: Salman, Sohail, Arbaaz, Arpita and Alvira.

He wrote the film Deewaar, which starred Amitabh Bachchan.

Salim Khan Is A Member Of