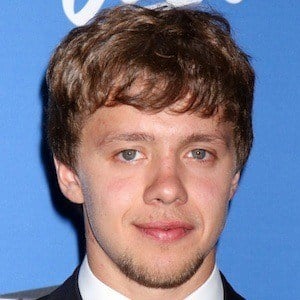 Left winger who joined the NHL's Chicago Blackhawks in 2015 as an undrafted player after spending time on three different Russian professional teams. He signed with the Columbus Blue Jackets in 2017.

He played internationally for the Russian Men's Under 20 team in 2010-2011 that would wind up winning gold at the IIHF World U20 Championship.

He helped Russia take home silver at the 2015 World Championships in the Czech Republic.

He was born in Korkino, Chelyabinsk Oblast, Soviet Union. He was encouraged to play hockey from a young age by his grandfather, whom was a former amateur hockey player.

He became a teammate of Patrick Kane upon joining the Chicago Blackhawks.

Artemi Panarin Is A Member Of