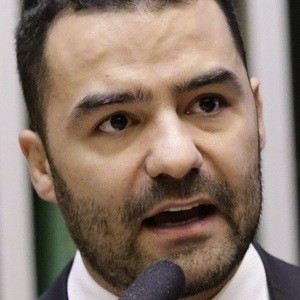 Brazilian YouTube star who is famous for his Mamaefalei channel. He has gained more than 483 million views there for his rants and discussions to the camera about conspiracy theories, politics, and current events in his home country of Brazil.

Arthur Moledo do Val Is A Member Of