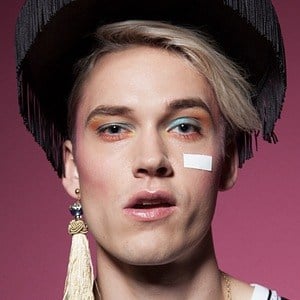 Known for his incredibly personal lyrics and experimental album formats, this Danish pop singer first rose to fame in 2012 after the release of his debut album Sunken Ships. He then went on to release the unique album trilogy Pseudo Visions.

Though his professional career has been focused in pop music, as a teenager he gravitated toward more melancholic folk music.

He was featured on the incredibly popular Andrew Bayer singles "Tomorrow Boys" and "Super Human," both of which have accumulated hundreds of thousands of plays on SoundCloud.

Originally a native of Denmark, he later lived in Berlin, Germany for three years before residing in Copenhagen, Denmark.

He is a big fan of Lykke Li and she has stated that she loves his single "Brotherhood."

Asbjorn Is A Member Of