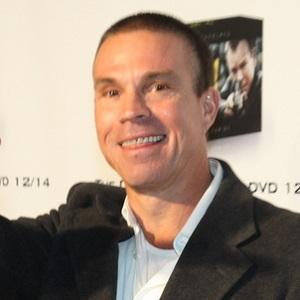 Filmmaker who founded the production company Bravado Pictures, which has released award-winning films like After the Past. He is also an actor who has appeared mostly on television shows, including Ryan's Hope and The Young Riders.

He made movies in his backyard as a teenager and made his professional acting debut in the classic 1984 horror film A Nightmare on Elm Street.

He was known by his birth name, Jason Adams, until the emergence of actor Jason Leland Adams, at which point he felt compelled to switch to "Ash."

He was born in Los Angeles and was raised in Malibu.

His boxing documentary The Distance was narrated and co-produced by Academy Award-nominated actress Amy Madigan.

Ash Adams Is A Member Of