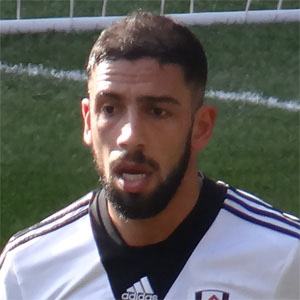 Attacking midfielder and winger who joined Fulham in 2012 after spending five years with VfL Wolfsburg. He became a member of the Iranian national team in 2012.

He competed internationally for Germany at the U17 through U21 levels.

He and fellow midfielder Karim Bagheri both represented Iran in international competition.

Ashkan Dejagah Is A Member Of